The body, and it alone, is capable of making visible what is invisible: the spiritual and the divine. It was created to transfer into the visible reality of the world the mystery hidden since time immemorial in God [God’s love for man], and thus to be a sign of it. -TOB February 20, 1980
Join us for our February Theology on Tap where Fr. Ben Bradshaw will help us unpack some of St. John Paul II’s Theology of the Body, as he speaks on Men, Women, and the Mystery of Love.

*NOTE: Due to COVID, we will be limiting the number of in person attendees to 50. Please reserve your spot through the Eventbrite page. If you no longer can make it, please cancel your order, so your spot can open up to someone else. We’ll also be livestreaming the evening for those who wish to watch from home. Masks required.
About our speaker: 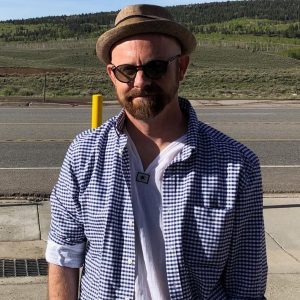 Fr. Ben Bradshaw was originally baptized Lutheran, but became Catholic at a young age. He grew up considering becoming a professional chef or a Catholic priest, so he became both. At the age of 17, he began working under a French chef in Memphis, and continued working in kitchens in the years to follow. He earned his Associate’s degree in Culinary Arts from Johnson and Wales University. After graduating, he moved to Russia where he did missionary work with a religious community. While in Russia, he began to more prayerfully consider a call to be a missionary priest. He returned to Memphis and worked as a pastry chef for 5 years, and went to Paris, France to study chocolate and pulled sugar artistry at the L’Ecôle Lenôtre school of Pastry Arts. After returning to the United States, he earned his Bachelor of Arts in Food and Beverage Management from The New England Culinary Institute in Vermont.
At the age of 27, Fr. Ben entered the seminary and in June of 2006, was ordained a priest for the Diocese of Memphis. He holds a Licentiate degree in Sacred Theology from the Pontifical John Paull II Institute for Studies on Marriage and Family in Washington, D.C. He also holds a Masters of Arts and a Masters of Divinity in Sacred Theology. He currently resides at St. Michael Catholic Church in Memphis, TN.

There are no upcoming events.